What is Ceramic, its Origin? How do you make ceramics?

By ziad
1 January 2020
What is Ceramic, its Origin? How do you make ceramics?            Ceramic is a clay-based material dug from the ground that’s mixed with water to make it soft and flexible and mixed with other materials from the ground as well (which we can talk about later), squashed into shape, then fired at high-temperature in a large industrial oven. We can also define ceramic as an inorganic non-metallic solid made up of either metal or non-metal compounds that have been shaped and then hardened by heating to high temperatures. In general, they are hard, corrosion-resistant and brittle. The word “ceramic” originally comes from Sanskrit and means “to burn.” This processes—digging the raw material from the ground, adding water, shaping, and firing—have been used to make ceramics for thousands of years. Archeologists have uncovered human-made ceramics that date back to at least 24,000 BC. These ceramics were found in Czechoslovakia and were in the form of animal and human figurines, slabs, and balls. Since these ancient times, the technology and applications of ceramics has steadily increased. We often take for granted the major role that ceramics have played in the progress of humankind. There has been a big evolution in the ceramic way of making. How Ceramic is processed? Ceramic is used to produce commercial products that are very diverse in size, shape, detail, complexity, and material composition, structure, and cost. As mentioned previously, Ceramics are typically produced by the application of heat upon processed clays and other natural raw materials to form a rigid product. Then come the transformation of ceramic particles into a desired shape and form and this happens by adding water and/or additives such as binders, followed by a shape forming process. Some of the most common forming methods for ceramics include extrusion, slip casting, pressing, tape casting and injection molding. After the particles are formed, these “green” ceramics undergo a heat-treatment (called firing or sintering) to produce a rigid, finished product. What are the properties of Ceramics? The properties of ceramic materials, like all materials, are dictated by the types of atoms present, the types of bonding between the atoms, and the way the atoms are packed together. This is known as the atomic scale structure. Most ceramics are made up of two or more elements. This is called a compound. For example, alumina (Al2O3), is a compound made up of aluminum atoms and oxygen atoms. Due to ceramic materials wide range of properties, they are used for a multitude of applications. In general, most ceramics are: Hard, wear-resistant, brittle, refractory, thermal insulators, electrical insulators, nonmagnetic, oxidation resistant, prone to thermal shock, and chemically stable. 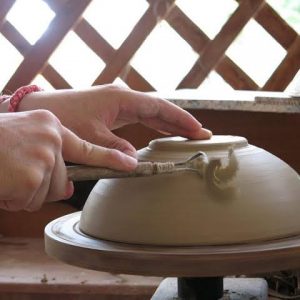 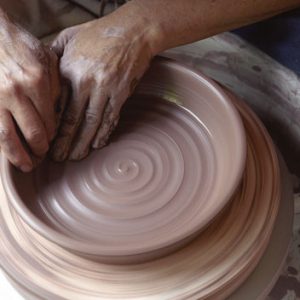 Close-up of a man working on a pottery wheel 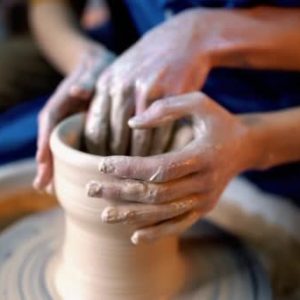 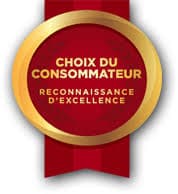 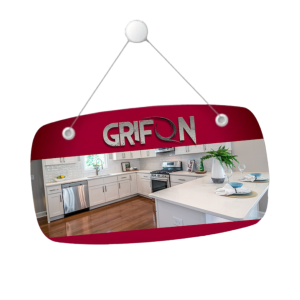 Quartz vs Granite in BathroomEnglish 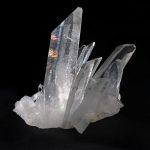 Do you know about quartz and its Quality?English